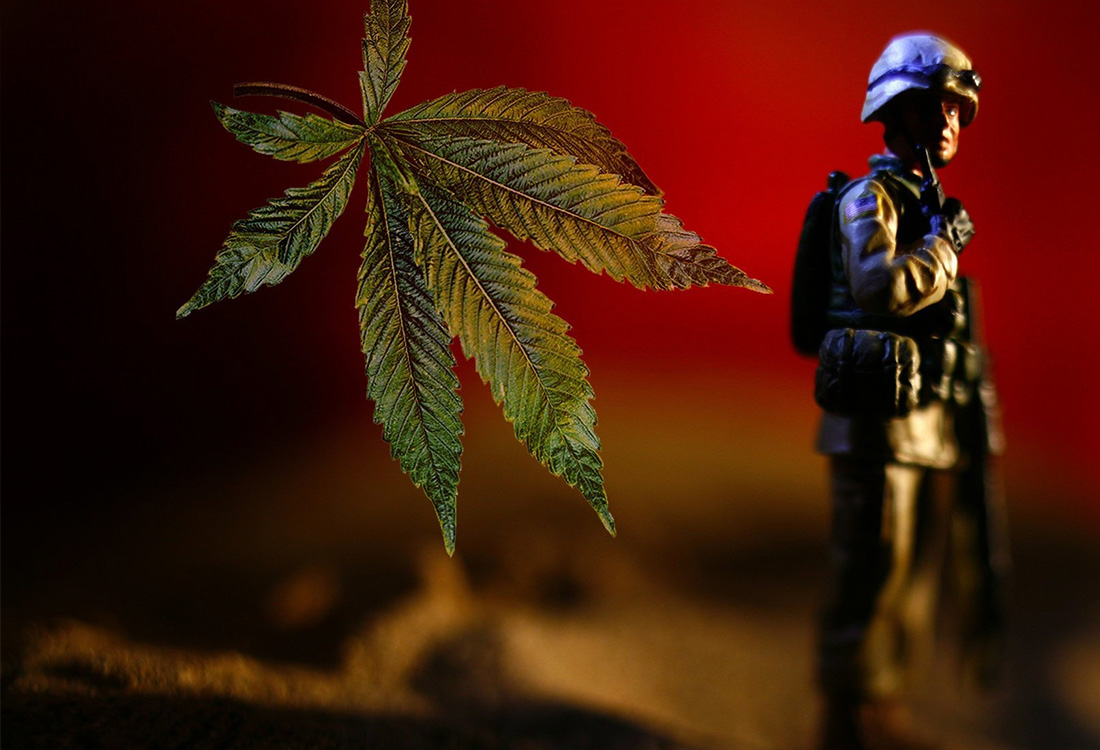 13 Sep Should Cannabis be Allowed as an Option for Veterans?

Through the process of legalization, the awareness and knowledge of cannabis is growing in the general public. Facts and statistics are more widely known, and the understanding of the benefits that cannabis can bring to a person are becoming more accepted. One widely talked about topic is the benefits that cannabis can bring to veterans. Post Traumatic Stress Disorder(PTSD) affects around 10-30% of veterans, varying based on which war or wars the veterans have been in. There has been a large push from families with veterans to have more research into the positive effects that cannabis may have for those suffering with PTSD, and any other war-related stresses and anxieties. Numerous studies have been done that show the effectiveness of marijuana on stress, anxiety, and chronic pain.

PTSD is currently treated by the Department of Veteran Affairs(VA) with prescription drugs, and various traditional and nontraditional therapies. The VA is not currently backing research into the use of medical marijuana for PTSD treatment, which has led to a bit of a stand still for researchers who are trying to look into this option for veterans. Healthcare providers at the VA are not allowed to prescribe cannabis to veterans, or even talk about it as an option for the symptoms that they are facing. Instead, veterans are prescribed drug after drug, having to deal with side effects and not being given a chance at another very viable option.

Although the VA is not supporting or bringing knowledge to the use of cannabis for veterans, a growing number of veterans are starting to use medical marijuana to treat their symptoms through research of their own and separate doctors. In order to help our veterans as best as possible, showing them all of the options and educating them on those options, including marijuana, is vital.